When a benchmark study showed that the average delay in surgery start times ranged from 25 to 103 minutes, Red Cross Hospital and Canisius Wilhemina Hospital set out to make their operating rooms more efficient. Using Minitab Statistical Software and Six Sigma techniques, these two hospitals in the Netherlands were able to increase the efficiency of their operating rooms and make the best use of these expensive resources.

Late start times cost millions of dollars. For example, when operations start 40 minutes late on average in a hospital with 13 operating rooms and 250 operating days in a year, a total of 2,150 hours—or 270 days—are lost. In the Netherlands, where the estimated cost of an operating room is $1,500 per hour, those lost hours cost $3.2 million per year—more than the full capacity of one entire operating room.

Red Cross Hospital and Canisius Wilhelmina Hospital both set out to improve quality using Six Sigma and Minitab Statistical Software. Teams at each hospital first mapped their processes to understand which factors might influence operation start times. Then, for each operating room and each first operation, the teams recorded data including:

They also recorded other factors that could influence start times, including the surgical specialty and the type of anesthesia used in each operation.

As they sought to determine which factors had the most influence on late starts in the operating room, the teams used Minitab’s powerful graphics to transform their data into easy-to-understand Pareto charts, histograms, boxplots, and time series plots.

Many influence factors had been suggested. At the start, surgical specialists argued that the type of anesthesia used was a major reason for late starts. When the teams analyzed anesthesia data using Minitab’s ANOVA capabilities, they found that the anesthesia technique clearly influenced the start time. However, the explained variation was small—too small to make a big difference in starting operations on time.

By using Minitab, the teams discovered that neither the type of anesthesia nor surgical specialization could account for the delay in operation starting times.

The anesthetists, in turn, argued that specialization accounted for late starts. When the teams analyzed the relevant data with Minitab, they found the effect of different specialties was statistically significant. But again, the practical significance of the effect was minor.

The data showed that while these two factors were influential, focusing on them would make little difference in starting operations on time. Thanks to the clear evidence charted in Minitab’s graphs, the anesthesiologists and specialists were able to stop blaming each other and begin looking at factors that truly had an impact.

Further analysis revealed the true culprit in the late starts: a poorly defined planning process. It was unclear when patients needed to arrive at the admissions room for the operating room, when premedication needed to start, or when the anesthesiologist needed to be available. Both teams also identified many other factors that could be alleviated with a better defined process.

Armed with a sure knowledge of which factors had the most effect on the starting times, the hospitals designed a new operation planning process using a few simple rules. First, patients were required to be present at the operating room no later than 7:35 a.m. at the Red Cross Hospital, and no later than 8.00 a.m. at Canisius Wilhelmina. Second, measures were taken to assure that patients received pre-operative medication before they arrived at the operating room. Third, both the referring department and the anesthesiologist had to be informed one day in advance of the scheduled procedure.

These simple rules were communicated to all employees involved in planning and performing operations. To control this new process, the starting times of each operation are recorded and the surgical teams review the resulting graph weekly.

As a result of the changes, delays have been reduced by more than 25 percent at Red Cross Hospital, and by more than 30 percent at Canisius Wilhelmina. After one year, Red Cross Hospital saved more than $350,000 by reducing the delay in start times. Canisius Wilhelmina saved more than $100,000, and obtained additional savings of more than $400,000 by reducing the changing times associated with operations and breaks. They were able to increase the number of operations performed by 10 percent without requiring additional resources. 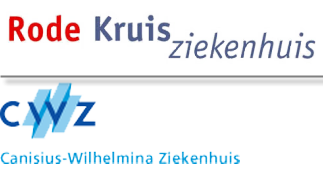