A Government for the People: Fort Wayne, Indiana 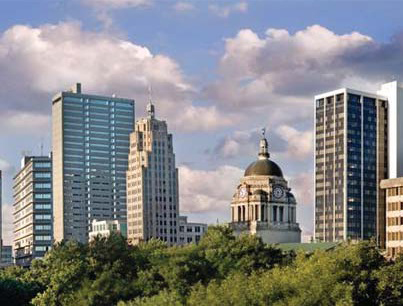 Many long-time employees believed that most potholes occurred in the southeast quadrant of the city. However, Minitab Statistical Software transformed raw pothole data into easily understood graphs, revealing that the northeast quadrant of the city had the most potholes, not the southeast. The data analysis also revealed that potholes in the southwest were filled more quickly than other quadrants. Upon investigation, the team discovered that the southwest’s foreman relayed assignments to his crew more quickly, personally picking up new complaints from the central dispatch office. 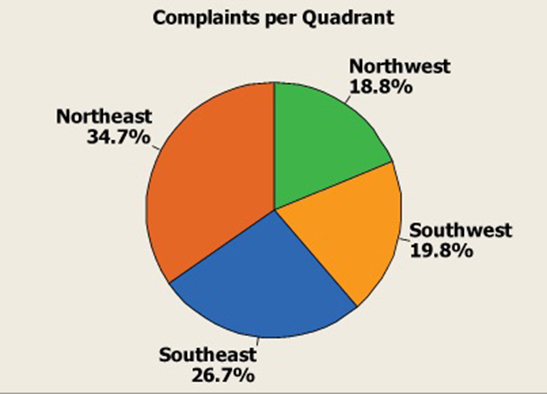 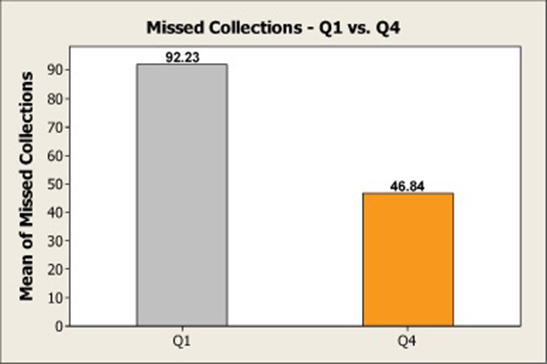 The trash collection project met its goal of reducing weekly missed collections by half in one year.

With proof that quicker communication cut response time, Fort Wayne improved the process, and the central dispatch office began immediately relaying complaints directly to the work crews by radio. The result? The city filled a dramatic 99.6 percent of potholes within 24 hours. The average response time was reduced from 21 hours to less than 3, and damage claims associated with potholes dropped from an average of more than $3000 to less than $1000 per quarter.

To mitigate garbage worker inexperience and fatigue, the city and its waste management vendor started new programs to improve team communication, provide safety training, limit the tonnage collected by solo drivers and offer workers a new shoe allowance. A year later, the garbage collection goal was met. From a financial perspective, the Six Sigma projects will save the city an estimated $3.5 million.

Thanks to Mayor Richard, who saw the value of Six Sigma for public service, Fort Wayne is a better place to live and work. And, according to a member of the Executive Quality Council, "We could not have reached this level of success this quickly without Minitab."