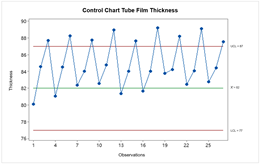 Still looking for possible influencing factors, the team used the fishbone diagram (also known as a cause-and-effect diagram) in Minitab Engage to brainstorm. Based on the fishbone diagram and the leader’s previous experience, the team identified two possible reasons that a malfunction in the equipment or a process issue may cause a variation of the silicon nitride film thickness: 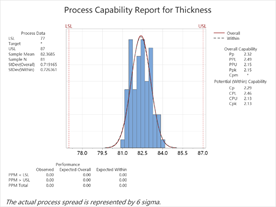 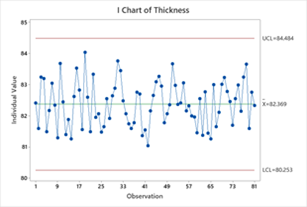 Using Minitab’s powerful statistical analysis, the team was able to take very targeted and accurate measures. “In the past, we used continuous blind testing, and now we finally can quantitatively test our hypotheses. Minitab has provided us with tremendous help,” said the team manager. “During the various stages of discovery, testing the hypothesis, confirming and problem-solving, Minitab Statistical Software came through, not only shortening the time to solve problems but also improving the confidence of team members’ decisions.”